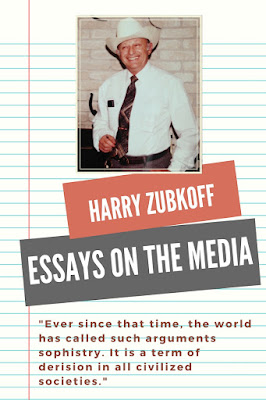 Along with several previous essays on this blog, Harry saved the ones on this page in a computer file he titled “BOOK 1”. He likely collected the pieces from his speeches or articles over the years, or simply jotted stories that might fit into a book he thought about writing in the 1980s or ’90s. I continue to learn from his essays; how about you?

Some of the more obscure things in the English language involve the use of collective nouns, that is, the names used to describe a group of people or animals or things. For example, a herd, a flock, a group are all collective nouns. There are so many collective nouns that it’s sometimes confusing, not to say, on occasion, positively hilarious. A number of lions living together is called a pride of lions, for example, and we speak of a school of fish, a pod of whales, a gaggle of geese, a herd of cattle and a flock of sheep. (Why, then, is the man in charge of a flock of sheep called a shepherd?) All of which is leading up to some novel and humorous observations.

A group of professors, walking in downtown Washington – or any big city, for that matter – saw a number of “ladies of the evening” soliciting passersby. As professors are prone to do, they began discussing the proper collective nouns to apply to the ladies. The musician among them suggested “a fanfare of strumpets.” The gourmet thought “a jam of tarts” would be more appropriate. The literary one urged “an anthology of pros,” or, as an alternative, “an essay of Trollope’s.” The lawyer among them pleaded for “a firm of solicitors.” When I told this story to some businessmen, a miner among them suggested “an outcropping of ores.” I’m sure that anyone with imagination can come up with some more suggestions.

To illustrate that people don’t always mean what they say, let me tell you a little story that came out of the late Joe Creason’s column in the Louisville Courier Journal. It seems that an elderly farmer in a mule-drawn wagon was involved in an accident with an automobile. He claimed that he was badly hurt and was suing the driver of the car.

“Isn’t it true,” the defendant’s lawyer asked, “that after the accident you said you never felt better in your life?”

“Just answer the question, yes or no,” the lawyer interrupted.

“I’m coming to that,” the farmer snapped. “That morning I got up, hitched up my mule to the wagon, put my hound dog in the back of the wagon, and I just got over a rise in the road when this big car barreled into my rear end. My mule was knocked to one side of the road, my hound dog to the other, and I was pinned under the seat. Then along came the sheriff. He saw my mule had a broken leg, pulled out his gun and shot it dead. He went over to my dog, saw it was badly hurt with a broken back, and shot it in the head. Then,” the farmer continued, “he comes over to me and asks, ‘Well, and how are you feeling?’ and sure enough, I said ‘I ain’t never felt better in my life.’”

After the death of Pericles, in ancient Greece, there arose a host of “quack” professors in Athens who taught their students how to achieve success. The secret lies in how to win arguments, they taught, in politics, in business, and in the courts of law, by twisting logic around to its ultimate absurdity, with no regard for morality or integrity. Plato called these teachers “sophists”. One of the most notorious sophists was a man named Protagoras. He agreed to teach a law student who had no money, with the understanding that the student would not have to pay him until after he won his first case.

Posted by Harry and Elaine at 2:56 PM