Memories for the Pentagon historians - Part 1 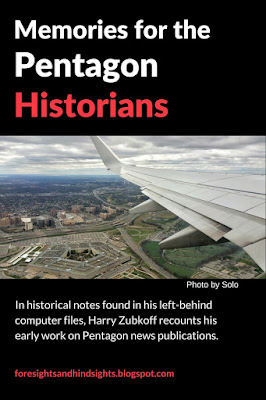 Since I began this blog in May 2015, I’ve focused on paying tribute to my dad through writings discovered in his files. In so doing I’ve delighted in connecting or reconnecting with family and friends who knew him, as well as many who didn’t. Another reason for this blog: to “file” Harry’s writings in a permanent, searchable space – even writings that may interest few. So, perhaps somewhere out there, someone is wondering how the Early Bird – one of the Pentagon’s bygone signature publications – got its start. Harry may have sent these reflections to a colleague for a 1998 book. (See photos at end of this page.) Here is the first of four pages from his files. Stay tuned in coming weeks for the next three.


Here’s a story I’ve only told to a couple people, and I’m not even sure who any more. How the Early Bird got its name. In 1950 we started the Current News, just two copies – one for the Secretary and one for the Chief of Staff. The Secretary was Finletter, and the Chief was Hoyt Vandenberg. They were both fully occupied with what the press called the B-36 Hearings – really, the Hearings by the Armed Services Committees of the House and the Senate. Basically, it was about the roles and missions of the Armed Services. The Air Force wanted the nuclear bombing mission with the B-36 to carry it out – long range strategic bombing. The Navy wanted it, too, but with aircraft carriers and submarines. Missiles were still on the drawing boards.

Anyway, the office I had just been hired to work in was being expanded a little – it was called the Special Projects Office which worked directly for the Secretary of the Air Force, and a couple of high-profile Colonels ran it together. Mainly, they wrote speeches for both the Secretary and the Chief of Staff, and they did all kinds of other odd jobs when called on. They also had some high-profile Reservists who came in from time to time to help out. Anyway, I was assigned to brief the Secretary each morning on what the newspapers were saying about the Hearings. Now, the Korean War was just getting started and the whole Pentagon was scrambling to figure out what the U.S. military was gonna do about Korea and we were just starting to send people and equipment to the Pacific to bolster what was already in Japan and on Okinawa.

There was no such thing as a Xerox machine. What I did each day was cut out articles from The Washington Post and the NY Times and the Wall Street Journal and a couple afternoon papers from the day before – the Washington Times Herald and the Washington Daily News. I got several copies of each paper so I could cut out two copies of each article and paste them up in what subsequently became our standard format. If the Colonel wanted a copy, I had to cut out a third copy of each article. Well, what with the Hearings and the war heating up in Korea, the DOD and the Air Force was starting to get more and more coverage in the press and pretty soon it was more than I could handle and still get it to the Secretary and the Chief of Staff early in the morning.

So, a couple enlisted people were assigned to help me; one of them was the oldest enlisted woman in the Air Force who had been one of the first women to enlist when WWII started. She was 60 then, which I thought was ancient (I was 29), and the Secretary had to sign a waiver to extend her because 60 was the mandatory retirement age. She was a Master Sgt and her name was Amabel Earley. She stayed for two years and she was great. When she retired she went to live in the distaff retirement home. One of the newspapers, I think the Post but I’m not sure, ran a big story on her when she retired, a glowing story really complimentary, and I remember how mad she was because they called her the oldest enlisted woman in the Air Force. Well, she was the one who put the Current News together for a couple years mostly, and while it was still called the Current News, we began referring to it as Earley’s Sheet, which soon became Earley’s Bird, which eventually became the Early Bird.

Right from the beginning, I was trying to figure out how to reproduce it. I found the office in the Pentagon that maintained all the drawings and architectural sketches of the building and those things were reproduced on a Photostat machine, which they let me use. The trouble with that was that everything came out of that machine as white on black and some as black on gray, which made them hard to read. But we were able to make four or five copies that way, which was still better than cut and paste.

It wasn’t until several years later that we put the title Early Bird on it, and I’ll tell you that story another time. 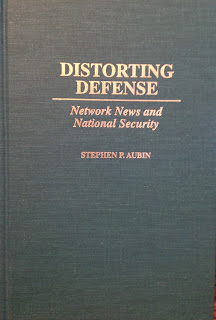 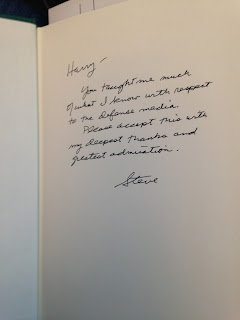 These snapshots show the 1998 book cover and some of the pages that recount Harry’s work in the Pentagon. When I contacted author Steve Aubin, he commented: “I’d be honored to have parts of my book chapter used to help tell Harry’s Pentagon story. He gave me a file folder of original documents that helped me write that chapter. I thought it was a story and a part of history that needed to be preserved. Participating in a small part of that history when I worked for Harry made a huge impression on me personally and professionally.” (Click on photos to enlarge.) 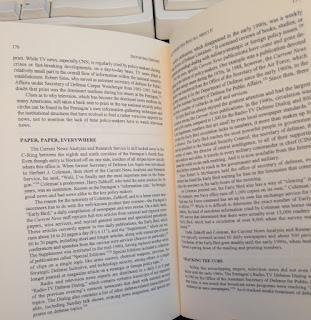 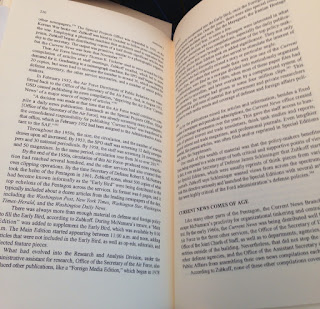 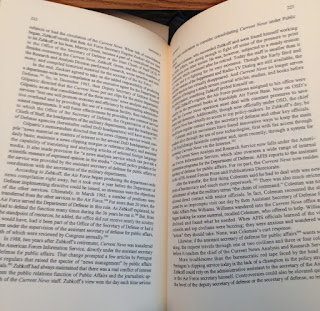