Last year on this blog, I posted a slew of unpublished short stories Harry wrote during his life. Most I discovered in his boxed paper files, a few on his computer. He also left behind hard-copy versions of never-published fictional novels; or in some cases, partial versions. Several he may have drafted in the 1950s, when his Army experience was still fresh in his mind, and perhaps edited in the ’60s or later. To give you a taste of one, here’s the synopsis from his book proposal, plus the first few paragraphs of the novel’s introduction.

Clarence Webster, a commercial pilot and flight instructor before the war, joined the Army shortly before Pearl Harbor and eventually was assigned to fly artillery spotting missions and light liaison planes in the combat zone. When his unarmed plane is shot down and he is wounded and temporarily grounded, he is transferred to the Army Counter-Intelligence Corps. After the war ends he responds to an urgent appeal by the Army to stay on as an intelligence agent with the military occupation forces, at least for another year. Though he is eligible to return home, he agrees to stay, and subsequently extend the year for an additional six months. He finally returns to the States in December, 1946.

The story takes place in two main time periods – the last nine months of 1947 when he is a civilian in the States, and the last nine months of 1946, when he is winding up his tour of active duty in Germany. Like all veterans, he has had his fill of war, and of the Army, and of man’s cynicism and seeming inability to learn the bitter lessons of the war. He has returned to his pre-war profession as a flight instructor, but he is restless and dissatisfied, searching for some new answers, trying to “find himself”.

Though he is engaged to the “girl back home”, he cannot forget the girl he loved in Germany, even though she had betrayed his love. On the horizon is the growing threat which communism poses in a world hungry for peace and generally unaware of the full extent of the menace. A few people see the danger, but too few are doing anything about it. What, he asks himself, can one man do to help provide a greater measure of security for his country? In the end he breaks his engagement and joins the Air Force. Oddly enough he goes back into uniform for precisely the same reasons he joined up before World War II started, because his country is at war with the enemy – only the war has not yet been declared.

The world of April 1947 was a curious place and a curious time. It was a time of tension and a time of relaxation. It was a time of anxiety and insecurity, and still, a time of hopefulness and aspiration. The aftermath of World War II was still being felt, strongly in some parts of the world, perhaps somewhat dimly in the United States. It was as though the war, like a giant hand from nowhere, had picked up the world by the neck and the seat of the pants and shaken it up a little, and the loose change had dropped out of its pockets and the buttons popped off its vest and everything was all jumbled up and confused and the pieces were still falling back but not in their proper places. 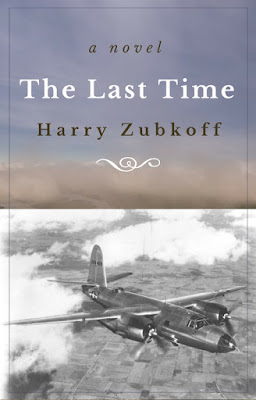 Of course, the confusion was where it had always been, in the minds of men. There was still a residual interest in the war, but it was too early to take an historical interest and besides, there were more important things to do – make money, mainly. So many odd and contradictory things were happening that reading the newspapers was almost frustrating and you could only keep track of the things that interested you.

In Germany, for example, the American Military Government, AMG for short, had just revealed that 3,278,000 of 11,825,000 Germans questioned in the U.S. zone were chargeable for Nazi activities.

This was one area in which Clarence Webster kept himself informed. He had more than a passing interest, too, in the eventual outcome of all the war crimes trials and the ultimate destiny of the men involved. In April, Rudolf Hoess was hanged at the Oswiecim extermination camp in Poland where 4,000,000 persons had been executed at his command. Gernand de Brinson, Vichy Ambassador to the German occupying forces in Paris, was executed as a traitor by the firing squad in Forte de Montrouge, near Paris. Field Marshal Erhard Milch, who built up the Luftwaffe and was Hermann Goering’s chief deputy, was sentenced to life imprisonment for slave labor activited by a U.S. court in Nuremberg. Dr. Hjalmar Schact, on trial before a German denazification court in Stuttgart, denied having been a “major Nazi offender” and said he took part in 4 anti-Hitler plots from 1938 to 1944. Both Carmen Maria Mory and Dr. Percy Treite, under death sentence for the Ravensbrueck concentration camp murders, committed suicide. And Herbert Backe, Nazi Food & Agriculture Minister, hanged himself in a Nuremberg jail. ...