Harry outlived many of his friends, and now I appreciate the stories he wrote in their memory. We've seen several on this blog -- each eulogy features the very heart of the person Harry remembered, and together they tell stories of a bygone generation of friends. Below you'll see another tribute for a man he befriended in Greenbelt, MD, the planned city built by President Roosevelt's New Deal. It's where Harry and Jerry Pines were among the founders of the Jewish Community Center -- built not by the government, but the residents themselves -- in the early 1950s. Below the tribute, I posted a few of the photos Harry saved from their do-it-yourself construction project.


Those of us who have known Jerry Pines through a good part of our adult lives don’t have to be told what kind of man he was. But every person is viewed differently by the people he knows – his wife, his children, his grandchildren, his colleagues at work, his friends and his neighbors – each of them views a person from his own perspectives. I want to say a few words about him today from the perspective of a couple of his friends, Jack Sanders and myself, to show you how we looked at Jerry and to add a little understanding of that view to the storehouse of memories that his family will cherish in the years to come.

Whenever I think of Jerry Pines, one thing immediately comes to mind. He was always the life of the party. We’ve had a lot of parties over the past thirty-five or forty years in our circle of friends, and at every one of them, without fail, Jerry would sooner or later take center stage. When we needed a master of ceremonies, we’d call on Jerry. When we needed someone to say a few words about this or that, about almost anything, we’d call on Jerry. Not only did he have a sort of stage presence, as real as that of a professional entertainer, he also had the most delightful sense of humor.

He knew how to take the most ordinary incidents, the most routine of daily circumstances, and tell about them in such a way as to transform them into the most hilarious misadventures. The mishaps that befell him were unbelievable and, the way he told about them, unimaginable, as well. If you ever heard him tell about the things that happened to him when, for example, he would take a new car back to the dealer to get some simple little things fixed, you’ll know what I mean. Whenever he told a story like that, he would have us gasping for breath because we laughed so hard.

In these more recent years, he had more than his share of physical discomfort and pain, but even when talking was a great effort for him, he never lost that sense of humor and that knack for bringing out the bizarre aspects of any situation. I recall vividly when a few of us were all together last year, not long after he got that new gadget that made it possible for him to talk. Boy, did he talk! The effort required for him to talk didn’t faze him or inhibit him at all. He had us all in stitches.

There are a lot of other things we remember about Jerry Pines – his kindness, his generosity, his willingness to share, his genuine interest in others – these qualities are legendary among his friends. He had a great many virtues. He had an unwavering morality. He knew what was morally right and practiced it throughout his life. You could say that all of us know the difference between right and wrong, but we frequently look the other way when someone does something wrong. Not Jerry. He could not abide duplicity or dishonesty in others, and never hesitated to point it out when he encountered it. He played it straight all his life and he expected others to do the same, but he was not so naïve as to believe that they always would. One of the last things he told Jack Sanders, who saw him just before he went in for surgery last month, was that his wish for his grandchildren was that they would grow up to be honest, forthright citizens of high moral character. Jerry talked that way, and he meant it.

He was a keen observer of the world around him and deplored injustice wherever he saw it. He could never understand, for example, how in this great country of ours there was so much poverty and disadvantage, despite all of our national wealth and resources, and he championed the cause of the ill-fed, the ill-housed and the underprivileged. He wanted everyone to have a better life, not just here, but everywhere. Maybe that’s why he liked so much to travel, to visit other countries and to see other lifestyles, not just to say that he had been there, but to see things for himself and to gain a better understanding of other peoples and other cultures. Every trip he took was a learning experience for him and he always came back with some very cogent observations about the things he had seen.

Jerry Pines led his life with grace and style, with humor and wit, always looking at the bright side, never giving in to despair. He was a friend, and his friendship brightened our lives.

A complicated labor of love


The project to build a Jewish Community Center in Greenbelt was an icon of community spirit among neighbors and friends. But it wasn't easy. In an article in The Washington Star Pictorial Magazine on March 20, 1955, Harry described several barriers:

"Often we had the heartbreaking job of tearing down work that took us weeks because a construction expert would tell us it wouldn't do."

"Most of our people didn't know the front end of a trowel from the back of a wheel-barrow when we started."

"One of our problems was the old saying, 'A little learning is a dangerous thing'. Too often we had 15 self-elected foremen all telling one another what they had learned from books and how to do the job." 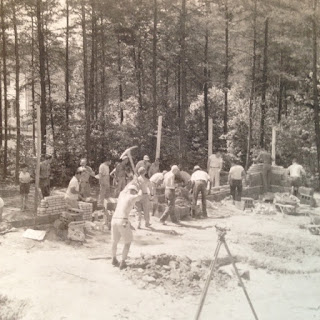 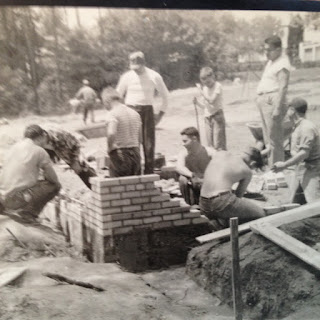 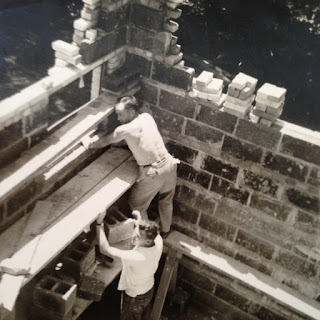 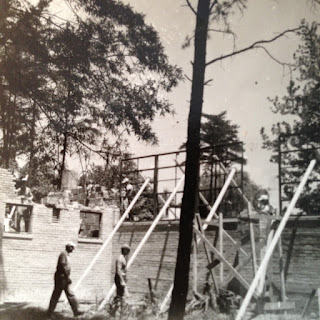 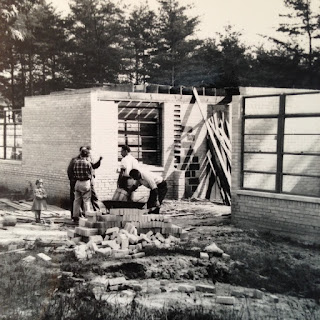