Opinion: We must repair the environment 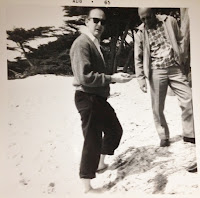 If we changed a few numbers, Harry's opinion piece on our growing population and the environment would be just as relevant today. I believe he wrote it in the 1960s.


There is a great deal of concern being expressed these days about the dangers of nuclear proliferation and the inevitability, in a nuclear-armed world, of a catastrophic war. Whether it is triggered deliberately or accidentally, such a war, it is argued, could conceivably end man’s tenure on this planet and even, perhaps, make the earth inimical to all forms of life forever. I do not mean to derogate this danger, although I do think it is highly exaggerated, but I submit that there is a far greater danger to mankind present – one about which there seems to be too little concern expressed. I refer to the proliferation of man himself.

It has been calculated that 90 percent of all the people who ever lived are alive today, but if you think we’re crowded now, just wait another generation. By the year 2,000, the population of this planet will have doubled and the drain on the world’s natural resources will be incalculable. And though we are marginally conscious that many species of life – including fish, fowl, animal and insect – are endangered, we do not seem to realize that man himself may be threatened with extinction. Indeed, the problems posed by our exploding population are not limited to laying waste our soil, leveling our forests, or upsetting the ecological balance. Pollution, the most urgent of all our problems, is causing the two vital elements to man’s existence – water and air – to become major health hazards.

Man and man alone is responsible for the systematic destruction of his environment. In our frenzied and ill-conceived efforts to cope with the growing population, we are tampering with our environment and redirecting the forces of nature, with almost no regard for the future consequences. In our efforts to create more facilities for human habitation, we are rendering more and more of our planet uninhabitable.

I do not know if it is yet too late to correct the evils we are perpetrating on our environment, but we must certainly try. The decisions we must take, the actions we must take, will not be easy, but we must try. We must move in the direction of repairing that damage which is still reparable. Above all, we must plan, now, on how to make the wisest use of our natural resources without destroying them – and ourselves – in the process.

Posted by Harry and Elaine at 4:34 PM