Harry sheds light on a man for all seasons 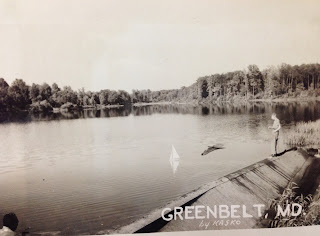 Before the age of social media, communities like Greenbelt, MD -- a small city outside of Washington, DC -- created neighborhoods that inspired lifelong friendships and constant communication. Below is another of Harry’s eulogies for one of these lifelong friends. To me it demonstrates how to write one, with thoughtful, prosaic examples. Not only will the Greenbelt families of a bygone generation appreciate this, but I believe writers will, too.


It is difficult to try to capture the essence of a man at a time when the grief and pain of his passing is so immediate and so intense. And yet, strangely, this is not true with Nat Schein. Nat is a bright and shining presence in my mind. I can picture him as clearly as if he were standing beside me, talking as articulately and persuasively as only he could talk, about any subject you could name.

He never failed to astound me with the range and depth of his knowledge. From the time I first met him, more than thirty years ago, I was impressed with one characteristic of his that is all too rare in our society. He had an insatiable curiosity; he was genuinely interested in everything. His thirst for information, for knowledge, knew no bounds. Everything he came in contact with, he wanted to know more about. He wanted to learn. He was most enthusiastic, most animated, in this learning process. Whenever he encountered new knowledge, you could see the computer in his head spinning around as it integrated the new facts he was accumulating into the vast data banks he had already absorbed.

And I never ceased to marvel at that huge storehouse of knowledge he had in his head. He was a perfect example of that proverbial man who, when you asked him what time it was, could tell you how to build a clock. And he really did know how.

He had another quality that is all too rare in our society, the ability to listen. And to ask pertinent questions. And to really pay attention to the answers. And to remember. He would confound me, sometimes, by asking follow-up questions about something I had told him six months before. And wanting to know more details, asking for more elaborate explanations.

In the last few days I have spoken to many others about Nat, and I confirmed what I already knew – he was a “family” man, of course, and it is obvious to everyone who knew him how deeply he loved his wife and children and grandchildren, and how much they loved him. But, in a very real way, he had a larger family, too. He had a wide circle of friends. Most of us are blessed with just a few good friends with whom we feel close and comfortable. But Nat had an unusually large number of friends who felt close to him. He had this truly extraordinary capacity to extend himself, to share himself with others, to take them into his embrace, as it were, and to make them feel as though they were very special to him. This is the gift of compassion. He had an innate understanding of people: He could empathize with others. A genuinely compassionate man. 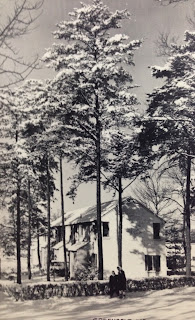 When John Donne said that “No man is an island unto himself,” he was talking about Nat Schein – a man concerned with and a part of all humanity. He was a man of many facets, a multidimensional man, a truly civilized man, a man for all seasons. The grief of this moment will recede, in time; the pain of this moment will subside. But the great joy that Nat’s presence has brought to my life and to those who were privileged to know him will abide with us, always.


Next week I'll post a speech about another old friend -- but it's not a eulogy; it's a story of a riverboat adventure. And later, did you know Harry was a poet? I found files full of poems I'd never seen!