Harry's memories of a woman of valor 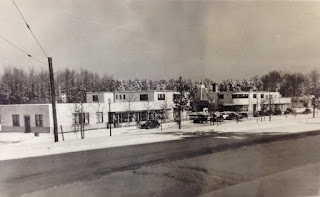 You may wonder why I’d want to share eulogies that Harry wrote. Three reasons: First, for readers of this blog who came of age in Greenbelt's tight-knit community of pioneer families, the eulogies bring back precious memories. One reader said it well: “No one understands when I say that I had a lot of parents in Greenbelt and that they stayed our parents even when we grew up.”

Second, when I recently discovered these eulogies, I could see they offer great examples for writers and storytellers, of style, eloquence, and phrasing. And third, extended family and friends are learning more about their brother-in-law Harry, Uncle Harry, Cousin Harry, and dear friend Harry. They tell me they love that.

Where do I begin? How do we describe in a few brief words the impact that Florence Shinderman had on our lives? There are too many impressions, too many occasions, too many times, too many conversations, too many events, too many memories, all crowding in on us at once. The best we can do is to say how we remember Florence now. And then, as time goes by, each of us individually can allow the remembrances of her to rise to the surface of our minds and examine them in the privacy of our thoughts, where we can treasure them and dwell upon them until they slowly wipe away the pain and the grief of this moment, and we are left with a clear memory of the joy and the pleasure she brought to us.

What a remarkable woman she was! Long before the “feminist” movement became fashionable, she was a woman in her own right. Sure, she was a wife and a mother, a housewife and a homemaker, all of those so-called traditional things that were supposed to distinguish women from men. But we did not think of her so much as the wife of Nat Shinderman – or the mother of two lovely daughters – which she was, of course. We thought of her, though, as an individual, a separate, distinct personality, a woman of great strength and character, completely apart from the connection to her family. She was truly unique.

We can remember so many times when a circle of people would be heavily engaged in a discussion, each of us thinking we knew so much about the subject at hand, when suddenly she would insert a comment in her quiet voice that would set us all back on our heels – because what she said cut right through to the heart of the subject and made sense. She had that rare ability to perceive the essentials and to recognize the important truths, no matter how hidden they were behind a wall of nonsense. She had no pretensions or affectations, and she could see through the pretensions of others and quickly deflate anyone who had an exaggerated opinion of his own importance with a dry and delightful sense of humor.

But she never tried to hurt anyone or to wound their pride. Everyone who knew her can attest to her extraordinary sensitivity, to the fact that she cared about people – and cared, deeply cared, for them. She demonstrated, in countless ways, her concern for others. She made each of us consciously aware that she wanted to be sure that we were all right, and that if we had any kind of a problem, she was ready to share it with us. Her heart was big enough to include all of us.

She was knowledgeable and informed about many things, but she didn’t flaunt her knowledge the way so many of us do. We remember so many times when we thought we were talking about things she knew little about, only to be surprised when she would come up with observations that indicated a depth of knowledge we never suspected. She had such an active mind and such an agreeable disposition, and even in these latter days when the medication and treatments she was receiving would have dulled anyone’s mind, her wit and her intelligence shone in her eyes and she remained sharp and aware. All of us marveled at her ability to overcome.

She was a woman of great courage who met life and life’s challenges head on, without fear, and all of us who were blessed with her presence were inspired by her. In the highest tradition of our heritage, she was a woman of valor, and we will cherish the memory of her for as long as we live.

Posted by Harry and Elaine at 7:24 PM