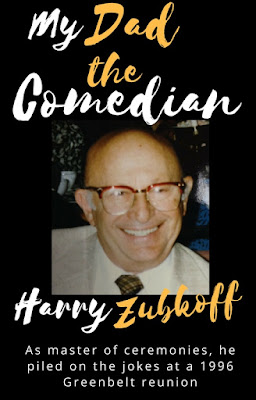 Harry loved jokes. On March 23, 1996, he kicked off an event with lots and lots of them, chuckling as he went along. And judging from the laughter on the audio cassette tape, the audience enjoyed them, too. Harry was the master of ceremonies at a reunion party for elders who had lived in Greenbelt, MD, as young adults. The tape reveals nostalgic voices of people I knew; like my family, many left Greenbelt in the 1960s or so, and many stayed friends. Harry was 74 years old at the reunion, and I’m guessing most attendees were, too, give-or-take 10 years. He must have pulled from his stockpile of jokes and stories, and his experience as well.


I brought a few notes. You know I learned from Mort Beroza that you have to put it all on 3 by 5 cards. Now, I promised a few people that I’d have a few stories I’d like to tell. First of all, people have asked me how come I chose this hotel to have a party in? And the answer is, I, who am a student at the University of Maryland and read the Maryland Diamondback every now and then, saw an ad, and it said, if you want to have a successful affair, it’s the Maryland Inn, the Best Western Maryland Inn. So I figured what can we lose? And that’s why I chose this hotel, and I think it’s great. 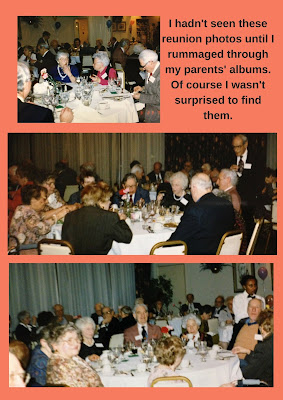 Middle age, they say, is when you’re old enough to know better but young enough to keep doing it. And – there’s a delayed laugh, ya get it? It’s the time of life when you’re suspended between why not and why bother? You know your children are growing up when they stop asking you where they came from and they refuse to tell you where they’re going.

And there is a story I want to tell you before we eat. People very seldom say what they mean or mean what they say. Like the fashion expert who said that the trend in mini-skirts will continue. Well, it looks like the end is in sight.

A little kid went to the ballet with his father, and he’s watching all the girls dancing on their toes, and finally he says to his father, “Why don’t they just get taller girls?”

An Englishman, an Irishman and an American are flying over the Sahara Desert. The Englishman said, “A beastly place.” The Irishman said, “That’s the devil’s home.” The American said, “What a great parking lot.”

The Frenchman, who had spent a lot of time in the United States, was asked the most striking difference between the Americans and the French. The real difference, he said, is apparent in the fall of the year. The American is sad that the days are getting shorter, while the Frenchman is happy that the nights are getting longer. We don’t have the French view of things. (Al, are you confessing?)

First, I got to tell ya, not everyone here knows everyone else, so you gotta really spend a little while talking to each other, introducing yourselves. And, if you feel so inclined, when you come up to get your food, go back to somebody else’s table. And sit and chat with people you don’t know. And, during the course of the evening, anybody who wants to talk about the old days in Greenbelt, or about anything else if you have some stories to tell, feel free to come up; I’ll be happy to sit down. Meanwhile, I’ve got a few things I want to say. 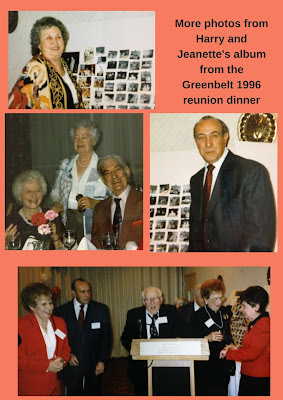 The Dutchman was telling … Did you know that the Netherlands flag was red, white and blue? Just like ours. And the Dutchman was talking to an American and he says, “Our flag is symbolic of our taxes – we get red when we talk about them, white when we get our tax bills, and blue after we pay them.” And the American says, “Yeah, I know what you mean. It’s the same in the United States, only we see stars, too.”

You know, a generation ago, most men when they finished work they came home to rest; now they come home and they need exercise. Why is that?

OK, as Nat keeps prodding me, anyone who wants to come up and reminisce … I just want to give you a few short statistics. The story of the creation of the world is told in Genesis in 400 words. The greatest moral code, the Ten Commandments, contains only 279 words. Lincoln’s immortal Gettysburg address is only 266 words long. Anybody want to talk and reminisce? Keep that in mind.

If you tell a man that there are 300 billion stars, they’ll believe you. But if you tell him that a bench has just been painted, he’ll want to touch it to be sure.

Here’s a story about tourists from New York and Miami. He was struck by a car in the street. A crowd gathered, somebody called an ambulance, and another person covered the man with a blanket. And he said, “Are you comfortable?” And the guy said, “Yeah I make a living.”

A man bought a few boxes of cigars, and he insured them against fire. After he smoked them, he put in a claim against the insurance company that they had been destroyed by fire. The company refused to pay, and the man sued. The judge ruled that the company had given the man a policy protecting against fire and had to pay. So as soon as the man accepted the money, the company had him arrested under charge of arson. That’ll teach him.

Why is it that goods that are sent by ship are called cargo, while goods that go in a car are called a shipment? The peculiarities of the English language. When a girl says you’re going too far, she means you’re getting too close. Copyright is what takes away the right to copy. Flammable means the same thing as inflammable. And valuable means the same thing as invaluable. And ravel means the same thing as unravel. A very peculiar language. I’ve been trying to teach English to speakers of other languages at the University of Maryland. And it’s incredible how difficult it is to try to explain the meaning of words to a person for whom English is a foreign language. 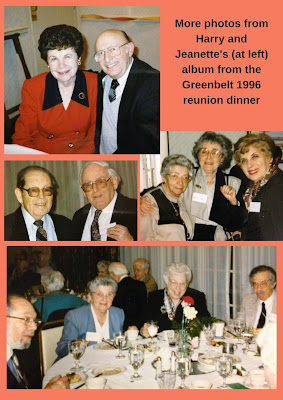 A reporter was sent out for a man-on-the-street opinion survey concerning the modern woman. The first person he encountered was a man who had just passed his 102nd birthday. (Pay attention, Al.) “I’m afraid I can’t be much help to you,” replied the old gentleman regretfully. “I quit thinking about women almost two years ago.” (You’re all gonna get an exam about this later.)

The Navy recruit lost his rifle on the firing range. He was told he’d have to pay for it. He protested. He said, “Suppose I was driving a Navy jeep, and somebody stole it, would I have to pay for that, too?” And he was told yes. “Now,” he said, “I know why the captain always goes down with his ship.”

An old miser called his doctor, he’s on his death bed, and he says, “They say you can’t take it with you, but I’m gonna do it. I’ve got three envelopes, and each one has $30,000 cash. I want my doctor, my lawyer,” and who else? [Audience member says my accountant] OK, my accountant, I’ll go with that. “I want each of you to throw an envelope into my coffin just before they lower me into the grave.” So at the funeral, each man tossed in his envelope. On the way home (it was a pastor, not an accountant), the pastor confessed, “I needed the money for the church, so I took out $10,000 and threw only $20,000 into the grave.” The doctor said, “I’m building a clinic, so I really needed $20,000, so I only threw in $10,000.” And the lawyer said, “I’m ashamed of you both. I threw in a check for the full amount.”

Little Miss Muffet sat on a tuffet, eating her curds and whey, along came a spider and sat down beside her and said, “curds have cholesterol, whey is fattening, and sitting on that tuffet will give you back trouble before you’re 40.” That’s what’s going on in our lives today, dangerous foods. There was one guy taking a survey … you know, all kinds of foods are going to kill us sooner or later, and meat, you know, is murderous (red meat); vegetables are vicious; the water we drink is poisonous. And he pointed at one guy in the audience and he said, “Can you tell me what it is that most of us eat at one time or other that’s the worst thing in the world for us?” And without hesitation, the man answered “wedding cake.”

OK, this is the story before we eat. It seems that Mr. Ginsburg is going on a cruise all by himself. And like they do on cruises, they assign you to a table, and he was assigned to a seat at a table with a French gentleman who spoke no English. First night out when he got to the table, the Frenchman stood up, bowed, and said, “Bon appetite.” Not to be outdone, Ginsburg stood up, bowed, and said, “Ginsburg.” Well, this went on every evening at the dinner table. On the last day, Ginsburg was talking to a friend and said he was glad the cruise was coming to an end because he was getting tired of that Frenchman introducing himself every night. “But Mr. Ginsburg,” his friend said, “that is not his name. It’s a French expression that means have a hearty appetite or enjoy your meal.” “Aha,” said Ginsburg. So that night, he beat the Frenchman to the table, and when the Frenchman approached, he stood up, bowed and said, “Ginsburg.”

So now enjoy the dinner. I have some more stories for after we eat. … Let’s start at that table where my sister is sitting.

If anyone would like to listen to the audio tape with the reunion attendees telling jokes and stories, please contact me. Stay tuned for Part 2 – the other side of the audio cassette tape.