The music that kept Harry going

Harry wrote the two articles on this page for his community newsletter in February and April 2012. Now that I’ve posted a wide variety of his writings on this blog, I’m starting to believe that the greatest tribute we can give him is to listen to the songs that made him happy. When you see the song titles with hyperlinks (in blue) on this page, and in all the other music-themed articles on this blog, just click and listen. Enjoy!

Photos of Harry in June 2012. He encouraged others to appreciate the music from his youth through articles like these.

It has always been a puzzlement to me why some songwriters remain relatively unknown. Take, for example, Harry Warren. Starting around 1918 until he died in 1981, he wrote more than 800 songs and actually published more than 500, more than most of the popular music composers of the 20th century. Certainly more than George Gershwin, more than Hoagy Carmichael, more than Jerome Kern, all of whom are considered giants in the field. He had more hits on the Hit Parade than any of them, including even Irving Berlin, the king of them all, and many of his songs became standards in the popular music business. How could he not be widely recognized as the musical genius he was? (And besides, anyone named Harry has got to be good.)

Harry Warren’s problem was that he worked on the West Coast, not the East Coast, in Hollywood, not New York, writing songs for movies, not for live theater. As a commentator of his era wrote, he was one of an army of invisible writers who cranked out good songs for bad movies. His real name was Salvatore Guaragna, one of eleven children of Antonio and Rachel Guaragna, immigrants from Italy. His father changed the family name to Warren while Harry was still a child growing up in Brooklyn. In Hollywood he worked with many of the great lyricists, some unknown, some famous, including Al Dubin, Mack Gordon, Johnny Mercer, Ira Gershwin, Leo Robin, Harold Adamson, and others. Just to give you an idea of the enormous range of songs he wrote, I’ll list a few of my favorites – not all of them, by any means, just a few.

Lullaby of Broadway, Jeepers Creepers, On the Atcheson, Topeka and the Santa Fe, Chattanooga Choo-Choo, I’ve Got a Gal in Kalamazoo, That’s Amore, You’re my Everything, I Found a Million Dollar Baby, You’re getting to Be a Habit With Me, 42nd Street, Shuffle Off to Buffalo, I’ll String Along With You, September in the Rain, You Must Have Been a Beautiful Baby, My Heart Tells me, I Had the Craziest Dream, The More I See You, I Only Have Eyes For You, and dozens more. And the two I like best because the poetry and the music are perfect blends – You’ll Never Know and There’ll Never Be Another You. The lyrics for both were written by Mack Gordon.

There’ll Never Be Another You (Lyric) 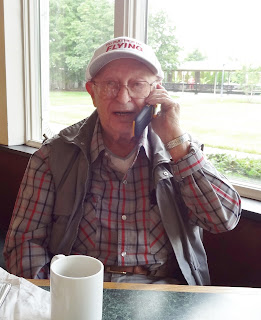 I had just heard a news report on the radio and the announcer said, “We will bring you updates as time goes by”, and the memories came flooding in. “As Time Goes By”, one of the greatest songs of our times, and “Casablanca”, one of the greatest movies of the 20th Century. The song was written by Herman Hupfeld, a moderately successful songwriter who often wrote songs tailored to specific musical shows or films. In 1931 he wrote “As Time Goes By” for a Broadway show called “Everbody’s Welcome”. It worked in the show but it was not a big seller. Rudy Vallee, singing star of the 1930s, featured his own recording on his radio show, but it was soon forgotten. Hupfeld had a more successful song with “Let’s Put Out the Lights and Go To Sleep”, which Rudy Vallee used as his theme song on his radio show. In the mid-1930s, Hupfeld retired to a quiet life in his hometown of Montclair, New Jersey.

Then, in 1942, Warner Brothers Studios made a movie called “Casablanca” starring Humphrey Bogart and Ingrid Bergman. This long-forgotten love song was revived for the film. A relatively unknown singer named Dooley Wilson was picked to sing it in the movie and his vocal rendition, accompanying himself on the piano, became an immediate worldwide sensation.

Suddenly, Herman Hupfeld was plucked out of retirement and through the WWII period made countless appearances on radio and television shows to play the piano and sing his song. After the war, he retired again. He was only 55 years old when he died in 1951. In an ironic footnote, Dooley Wilson, whose performance made the song an international best seller, could not play the piano. He fingered the keys in the movie while the music was dubbed in.

As Time Goes By (Lyric)

You must remember this, A kiss is just a kiss, A sigh is just a sigh. The fundamental things apply, As time goes by. And when two lovers woo, They still say I love you, On that you can rely. No matter what the future brings, As time goes by. Moonlight and love songs, Never out of date, Hearts full of passion, Jealousy and hate. Woman needs man, And man must have his mate, That, no one can deny. It’s still the same old story, A fight for love and glory, A case of do or die. The world will always welcome lovers, As time goes by.

Let’s Turn Out the Lights and Go to Sleep (Lyric)