The weekly card game, a tribute

Now I understand why Harry gave so many eulogies. Eloquent and relatable stories -- that's how I would describe the eulogies and tributes I discovered among Harry’s writings. Let me know if you agree. I’ll give you several samples in this blog, starting here. Harry wrote “We Remember Ben” in August 1993, for the Mishkan Torah Synagogue newsletter in Greenbelt, MD.


Ben Herman left Greenbelt some fifteen years ago and not too many of us are left who were here during the three and a half decades that he lived among us. It is, after all, a half generation since he left and almost two full generations since he first came to live in Greenbelt. But those of us who count ourselves as the first generation of Greenbelters, those who settled here between the late 1930s and the late 1940s, remember him well. Ben was the original quiet man, soft-spoken, gentle, self-effacing, almost shy, and yet, at the same time, genial, sometimes even jovial, always friendly.

Social poker, as opposed to cutthroat or professional poker, is a game that inevitably exposes any person’s character traits to friendly scrutiny. A poker club is something like a carpool, a small group of people brought into close proximity on a regular basis to share a common experience. Inevitably, the individuals involved begin to share with each other their concerns, their fears, their triumphs and their tragedies. They confide in each other, they consult with one another, they seek each other’s advice and counsel on many of the problems that vex us all in our daily lives.

In a very real way, it’s almost like therapy, this close and intimate sharing experience. In today’s vernacular, it’s like belonging to a support group.

In all those thousands of hours of close and continuing contact, Ben was never once heard to raise his voice in anger. Unlike the rest of us, you see, he was the consummate listener. He was always the confidee, not the confider, the giver of advice and counsel, not the seeker. In his quiet and unassuming way, he often came up with the wisest comments, the sagest advice. And, frequently, delivered with a devastating sense of humor, a sardonic wit, a wry twist of phrase that would invariably evoke a deep, hearty chuckle from all of us.

We Americans are a nation of gripers. We gripe about everything. It doesn’t matter whether our circumstances are good or bad – there is always something to gripe about. But those of us who happen to be Jewish have refined griping to an art form, only we call it complaining, and complaining is just another manifestation of worrying, which is something we do very well. We complain about everything. Your child got all straight A’s on his report card? You complain (worry) that the schoolwork was not challenging enough, too easy for him. You pass your annual physical with flying colors? You complain (worry) that the doctor didn’t give you all the possible diagnostic tests. In the best Jewish tradition, as the sages would put it, “So long as you complain, you know you’re alive.”

And so it is with all of us. We constantly complain about problems, real or imagined. But not Ben Herman. He had problems, real ones, some serious ones about the state of his health, among other things, but never, never once, did we hear him complain. He just went quietly about handling things as best he could and stoically shrugged off the things that were beyond his control. He took our finest Jewish tradition and turned it completely around. “So long as you’re alive,” he would say, “don’t complain.” In a way, that sums him up. A man of infinite patience, of quiet strength, and above all, a good and trusted friend who left this world last month but who will always be alive in our memories.


As more of Harry's friends passed away, and he moved to more suitable apartment communities, he continued to play poker with other groups of friends. The last few years, as the players' eyesight declined, he bought large-faced decks of cards whenever he saw them (and family members kept an eagle eye out for them in stores, too) because each weekly card game required two fresh decks. When Harry died in 2014, we donated about 100 new decks he'd accumulated to his final poker group, and I believe they appreciated the inheritance. 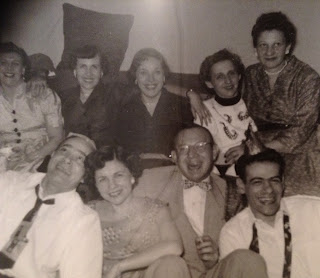 In these 1953 photos, pioneer families of Greenbelt, MD, were developing lifelong friendships through socializing, community activism, and of course, poker. Stay tuned for more of Harry's eulogies for his Greenbelt friends. But first, Harry had something else on his mind in 1953 -- a case of "McCarthyism" that hit this young Greenbelt community. Read his reflections next week on this blog. 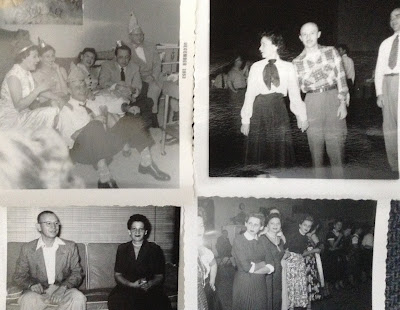 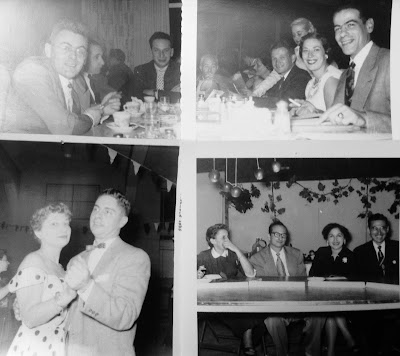