An emerging piece of American-Jewish history

Raise your hand if you received regular emails from Harry concerning Israel and Judaism? I bet at least 50 of you raised yours (in your mind). Harry seemed to feel an innate responsibility to educate his family and friends about Jewish history, politics, and culture – and email gave him the perfect means. He often began these emails with the words “Read and remember” or “Things we should know.”

So, in the spirit of Harry’s emails -- and on the
occasion of Rosh Hashanah, the Jewish New Year -- here’s an article on a piece of Jewish history, which he wrote for his synagogue newsletter column in 2012. He may have emailed the article to some, but many of us haven't seen it. In the fitting words of one cousin: “Harry is still teaching us things.”


First, a word about history. Of all the events that transpire in any given period, only a few are presented to succeeding generations as history. Most of what happens is quickly forgotten. But records exist, though they do not enter the general body of knowledge unless someone digs them out and discloses them. So it is with the Holocaust, that unfathomable human tragedy of the 20th century. Now, two and a half generations later, facts about it continue to emerge from the mists of history, bringing us to the realization that what we know is only a fraction of what actually happened.

This is the story of the so-called Bergson Group, which is credited with helping to save several hundred thousand European Jews from certain death. It started in 1940 with less than a dozen young Jewish men, some from Europe and some from Palestine, who started raising money in America for the Irgun, the Zionist militia in Palestine. Their leader was Hillel Kook, a member of the Irgun, who used the pseudonym of Peter H. Bergson.

The Group wanted to finance Jewish immigration into Palestine, which had been prohibited under England’s arbitrary ruling. They also wanted to raise an Army of Palestinian Jews to defend against the continuous attacks by Arabs. Their goals took on much greater urgency in 1942 when reports out of Germany disclosed that the Nazis had killed two million Jews and were starting a systematic program to exterminate all the Jews in Europe. The news of Hitler’s murderous rampage was largely ignored by the media, including the NY Times and the Washington Post, both of which claimed to be newspapers of record.

Without media to push for government action, the Roosevelt Administration seemed indifferent to this Nazi atrocity and, even more infuriating, the Jewish community in America did little to generate a government response. Indeed, the Administration made it clear that the military objective in Europe was to win the war, not to save European Jews. (Still, there were those then and some to this day, who charge that America was pushed into the war by the Jews, completely ignoring the fact that Germany declared war on us.)

In the face of America’s passive response to the German policy of genocide against the Jews, the Bergson Group launched an all-out campaign to lobby Congress and to pressure Roosevelt to support the rescue of European Jews. They ran full-page ads in the NY Times. They got many celebrities to sponsor ads and public events; they arranged shows around the country, all publicizing the plight of European Jews being slaughtered by the Nazis. They even got a group of Orthodox Rabbis in the traditional black hats and cloaks to march on the White House, something never before seen in Washington, or since, either.

This went on for almost two years until Henry Morgenthau, Jr., Secretary of the Treasury, finally persuaded FDR to issue an Executive Oder establishing the War Refugee Board. As a direct result, more than 200,000 Jews were rescued.

The efforts of the Bergson Group were an embarrassment to the American Jewish establishment. Jewish leaders around the country denounced them, saying their blatant tactics would only lead to more anti-Semitism. Stephen Wise, the foremost Rabbi of that time, said that they were a “disaster to the Zionist cause” and to the Jewish people. Remember, this was the 1940s, when American Jews were not yet fully accepted in American affairs, and public demonstrations were not a popular means of civic activity. Demonstrations to influence public policy in America came during the Vietnam era, some twenty years later.

But the Jewish leaders of Israel, which was established in May 1948, also took issue with the Bergson Group. A month after the state came into being, the Group organized, financed and sent to Israel a ship loaded with weapons for the Irgun. This action violated an agreement with the state to stop independent weapons shipments, a function only the state could fill. Prime Minister Ben-Gurion therefore ordered his troops to fire on the ship, killing sixteen Irgun members. Hillel Kook (Bergson) went on to serve in the Knesset, but the Group soon had an ideological rift with their political leader, Menachem Begin, the Head of Irgun who later became Israel’s Prime Minister.

Never popular in the US, dissension with its own political group in Israel, always at odds with the Israel left wing Labor Party, which dominated Israeli politics for the first 30 years, the Bergson Group was simply ignored in the early histories of that period. Now, as additional Holocaust archives become available, and as more personal memoirs and biographies are published, the story of the Bergson Group and its impact is being reinserted into the historical narrative. The US Holocaust Memorial Museum in Washington has included a small exhibit on the Group since 2008. 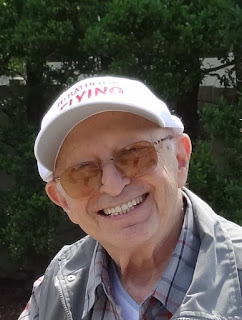 Does the article spur memories of Harry's emails -- on any topic? By the way, more than a few of you said you still have not deleted some of his emails (neither have I). A recent article in the New York Times Magazine, My Digital Cemetery, helps us understand why.